I am an elector
I want to work in election
RESULTS

Result of the by-election of 2022, December 4th

On November 7th , City Council noted the vacancy in position #3.  Since this vacancy occurred after the end of the nomination period for position #2, we will not be able to hold the 2 elections at the same time.  We will have to hold another by-election in 2023 for legal reasons.

The electoral officer shall recommence the proceedings for the election of a member of council, subject to section 277, where

(3) a candidate for that office died after the end of the period referred to in paragraph (1) but before the end of the polling period, in the case of a councillor’s office

(4) in the case of the office of mayor, a candidate has died or withdrawn his or her candidacy for a medical reason that, according to at least two physicians, makes it impossible for him or her to continue to be a candidate, after the thirty-fourth day preceding the day fixed for the poll but before the end of the polling period

(5) all the ballots cast in favour of the candidates for that office were rejected at the time of the counting or, as the case may be, the recount.

Section 277. The returning officer shall, within 30 days following the day on which he ascertains the situation justifying the recount, fix the polling day among the Sundays included in the four months following the ascertainment. If so, he or she shall notify the council as soon as possible of the day fixed for the poll.

The persons entitled to be included on the voters list or to be candidates shall be the same as at the original election.

The current voters list shall be used without the need for a new one. It shall be filed as soon as possible after the publication of the notice of election. It need not be revised if the revision of the list of electors was completed for the purposes of the original election.

The public notice required by section 56 need not be given if it was given for the purposes of the original election.

As such, neither City Council nor the municipal government

can interfere with the election process. 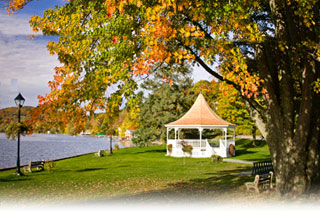