On February 16th, the Municipality of the Village of North Hatley held a public presentation of its Strategic Plan, a vision that will guide its actions for the next decade. After five (5) public consultations, conducted by the consulting firm ‘Espace Stratégies’, the recommendations of the Steering Committee (a committee made up of citizens and elected officials), valuable input from the organisation Bleu Massawippi, and the rigorous work by committee members, we are proud to announce that it is with a high degree of professionalism and citizen representation that this Strategic Plan has finally come to fruition.  It is following the end of this important process that North Hatley tabled its Strategic Plan on April 12, 2021.

In the document presented publicly, the Municipality asserts its identity though the image of a ‘’natural amphitheatre’’. If the mountains create the effect of natural bleachers, Lake Massawippi is undoubtedly the stage around which this amphitheatre concept is built. This geomorphology unquestionably places Lake Massawippi at the very heart of North Hatley’s concerns. We are well aware, as are the other municipalities involved, that the degradation of the lake could represent a threat to an entire living environment with which we identify and of which we are particularly proud. This is why we want to ensure that the preservation of the lake is at the heart of our concerns.

North Hatley also reaffirms that among the four (4) major strategic orientations put forward in its Strategic Plan, two are inseparable from the environmental concerns of the community: ‘’Planning a sustainable and coherent development of the territory and Being an agent of change and a partner for the benefit of the development of the village and the region.’’

Through its strategic orientations, North Hatley aspires, in collaboration with the concerned parties, notably the municipalities which are a part of the ‘Parc Régional Massawippi’, to play a more assertive role in the protection of its environment and the territory surrounding it.

In the wake of the tabling of its Strategic Plan, North Hatley reiterates the importance of Lake Massawippi as one of the fundamental components of its identity.

Through its strategic planning process, North Hatley has a definite destination, chosen by its community; it must now map out a route to get there. To reach its goal, North Hatley hopes more than ever to be able to count on the involvement and the commitment of its citizens as well as the expertise, ideas and proposals for action from the various groups and parties who, like North Hatley, have at heart the health of the environment, the happiness of its community and the influence of the territory. 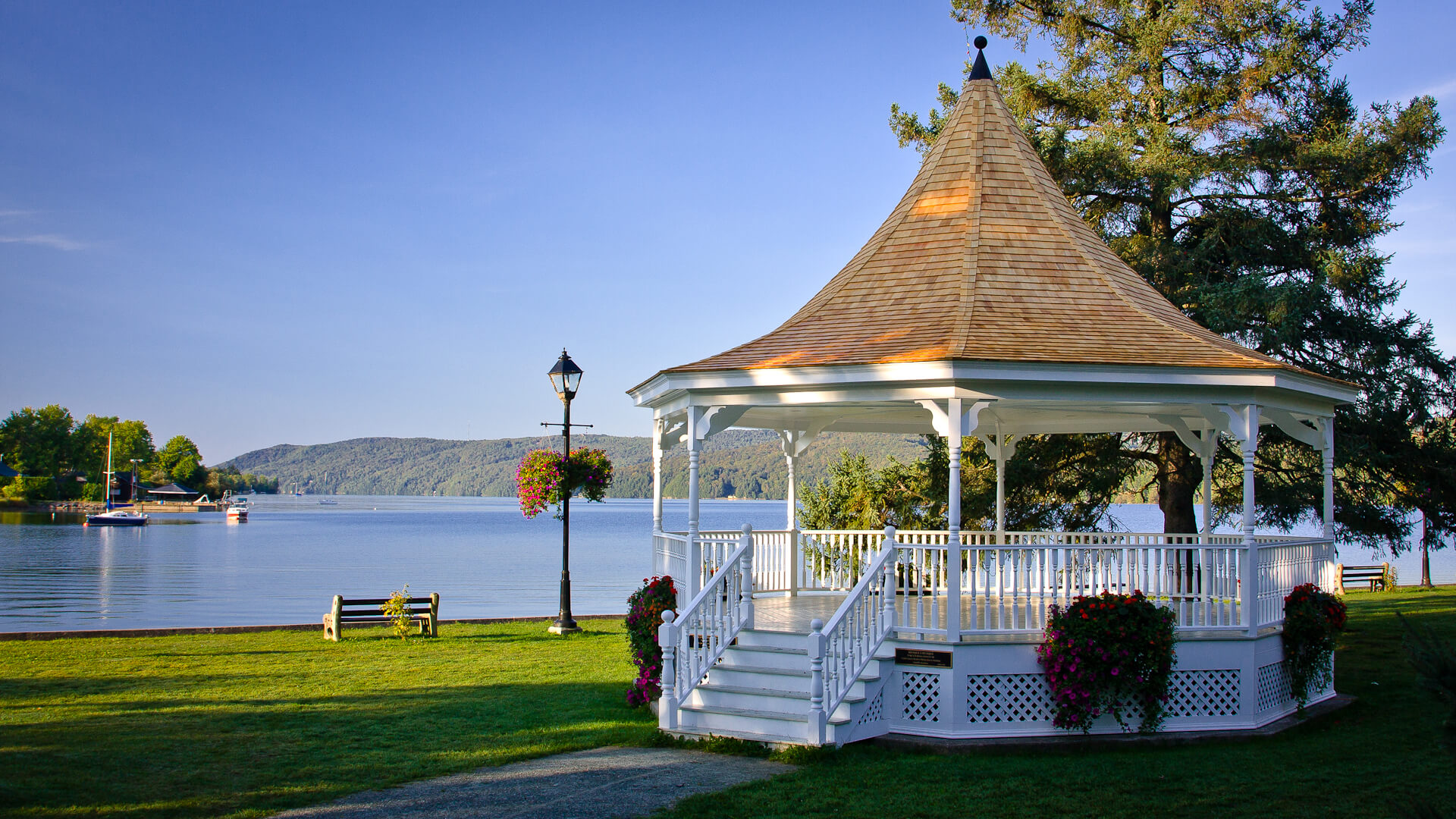